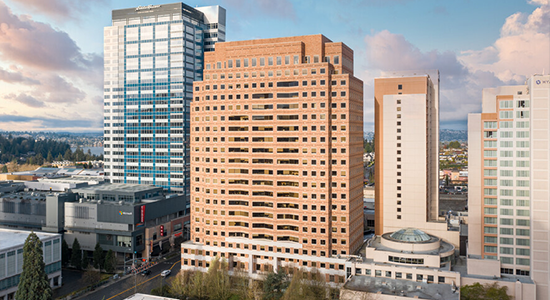 For over 30 years, Laplink® Software has been a global leader in PC connectivity. Our commitment to the needs of our customers has been the driving force behind all of our product development and has earned Laplink the loyalty and trust of millions of customers worldwide who migrate, transfer, synchronize, share and remotely access their data.

We began offering a simple, efficient method of transferring data from one computer to another across the signature Laplink cable in 1983. The popularity of our software resulted in our brand becoming so closely associated with file transfer that “Laplink” became synonymous with a cable used to connect computers and later, even the file transfer itself, as noted in Newton’s Telecom Dictionary:

Lap-link n.v.
The word is originally the name of a DOS program that transfers files between laptop and desktop computers. It was a nifty program, the brainchild of Mark Eppley, and he formed a company to sell it called Traveling Software in Bothell, WA. Eventually the program became so successful that the word LapLink became a common verb to connote the transferring of files between computers as in, “I’ll go LapLink this file over to Mary’s machine.”

In the early days of the PC, migrating an old PC to a new one meant simply transferring all of the files — files transfer and migration processes used the same software. But over the years, this changed significantly and Laplink changed as well.

As a direct result of laplink’s commitment to file transfer and migration technology, advancements led to the creation of PCmover®, the company’s flagship product and sophisticated migration solution.

PCmover now commands 95% of the migration software market in the U.S. alone, is the only Microsoft® recommended migration solution, and is currently the best-selling migration product in the world.

The PCmover family of products includes unique and proprietary technologies. For example, PCmover Image & Drive Assistant (which was developed to complement imaging technology) allows users to restore images across different operating systems without overwriting anything on the destination PC. This means an image from an old Windows XP computer can be restored to a new Windows 8 PC without overwriting the Windows 8 OS. In addition, this technology provides for migrating direct from an HDD to a new PC.

Laplink’s product line has also evolved to include Internet-based, wireless, and peer-to-peer solutions for an increasingly mobile workforce. One such product—Laplink Sync™—is designed to allow users to synchronize files between their Windows® PCs, Mac® computers and Android™ and iOS® devices more securely by utilizing a peer-to-peer connection.

Laplink products have received glowing reviews from technology publications for both the domestic and corporate technology spheres. Read articles and reviews on our best selling products »

In 2014, Microsoft selected Laplink as the officially recommended migration solution in conjunction with Windows XP end of support. This led to the creation of the data transfer tool PCmover Express for Windows XP, offered by Microsoft at no charge to end users.

Laplink maintains a global presence with a worldwide network of representatives and partners. Laplink products are translated into French, Spanish, Italian, German, Japanese, Simplified and Traditional Chinese, Korean, Portuguese, and Russian and include free technical support for all customers.